The anticipated arrival of the Klairs Mid-day Blue Sun Lotion

This is a special season for Korean cosmetic brand Dear,Klairs.

Following the recent May 2016 launch of the Midnight Blue Calming Cream, which has since soared in popularity, Klairs has released a second addition to the “Midnight Blue” family on July 22. Just in time for the summer, the Klairs Midnight Blue Sun Lotion is receiving much interest and love from fans and is on the rise to making a name for itself.

Anticipated excitement for the launch

A few weeks before the official launch, teasers of the product made their way on various social media platforms belonging to Klairs, garnering much interest from fans. Small hints like “everyday essential” and “your best friend for all 365 days of the the year” allowed people to excitedly guess the function of the new product, and less than ten minutes after uploading, comments and likes flooded in from several hundred people.

Finally, a week before the actual launch, the Mid-day Blue Sun Cream made a special pre-debut as a part of the RAWROW collaboration project, “Summer Vacation Pouch”.

Only available for a limited time in Korea through the boutique store 29cm, many were eager to purchase the new edition to Klairs.

Blue to the rescue

While the conventional sunscreen is white, the Mid-day Blue Sun Cream sets itself apart from the rest starting from its unique formula.

As much as it is the second member to the Blue series, the sun lotion boasts an effective formula fortified with Guaiazulene, giving the product it’s faint blue tone. However, the beautiful blue hue is not only for looks – the blue of the cream works to brighten skin and cancel out any redness, for a natural, brightening effect.

With the help of its soothing elements, the Mid-dayBlue Sun Lotion is that much more effective in not only protecting the skin from harmful UV rays and also treating any past UV damage that may have resulted from sun exposure. On top of that, the cooling effect that is felt upon application helps the cream to shield the skin from physical heat, killing two birds with one stone through this all-around, multi-functional formula. 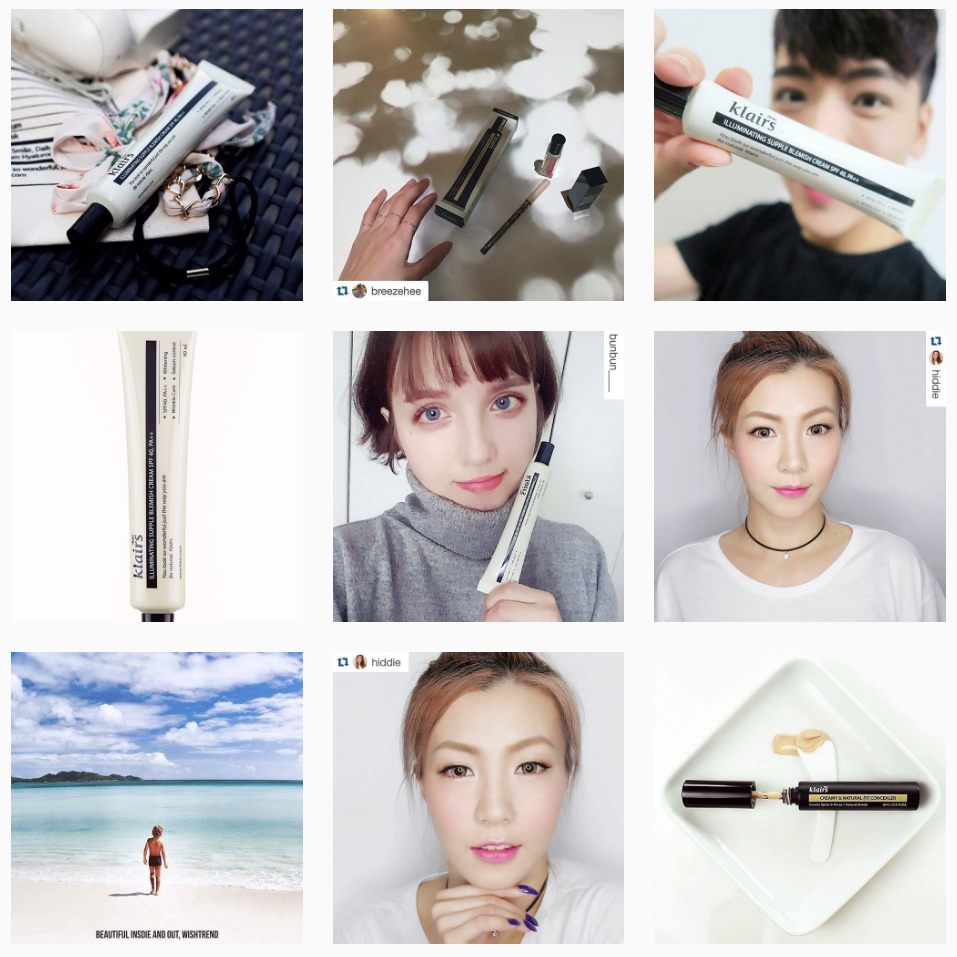 “Unlike other sun lotions, the color is blue and gives a cooling sensation when applied to the face. When I put it on, there’s no sticky feeling and it has great application in general.” – ejdro**

“It’s hydrating and has a nice finish. It’s not oily and not too matte, so it also helps for my base makeup to apply really well afterwards.” Klairs staff; Female, 30

“My face usually heats up, but when I use this my face feels cooler. My skin also looks a bit less red because of the blue color.” – Klairs staff; Male, 24

The Midnight Blue Sun Lotion, created in response to multiple requests for a sun care product, is a testament to Klairs’ passion for skincare and the importance they place on user reviews.

The sun lotion is available through Klairs Korea or Wishtrend, and will hopefully revolutionize the way people view sun care.