Until its official release on March 10, the Klairs Midnight Blue Calming Cream, also known as the “blue cream,” made teasing appearances on the official Facebook and Instagram accounts of Klairs cosmetics, a Seoul-based, natural skin care brand, focused on providing the best solutions for those with sensitive skin.

With over 400 reviews since its recent release, the cream has been receiving a well-anticipated warm welcome.

Starting mid-February, Klairs released photos on their official social networking accounts with images of the cream. Messages like, “The most comfortable color, blue” accompanied the photos and new hashtags #bluecream, #calmingblue, and #bluerepair were created.

As Klairs fans voiced their curiosity and excitement for the cream, anticipation of the official release grew as questions flooded in from social media channels regarding the date of the cream’s launch and it’s formula and capabilities.

After a few more weeks of cryptic images and messages, Klairs announced a selection process for testers of the Midnight Blue Calming Cream from late February until March 10.

Individuals from Korea and various countries around the world were selected to be a part of this pre-launch, and with the help of social media, blog posts and reviews of the cream started to pop up in early March and garnered much attention from eager fans.

Impressed with the results, testers shared how the cream not only helped their pigmentation, but also effectively moisturized.

Shortly after the official release, many people responded with positive reviews as mentions of the cream filled social media. 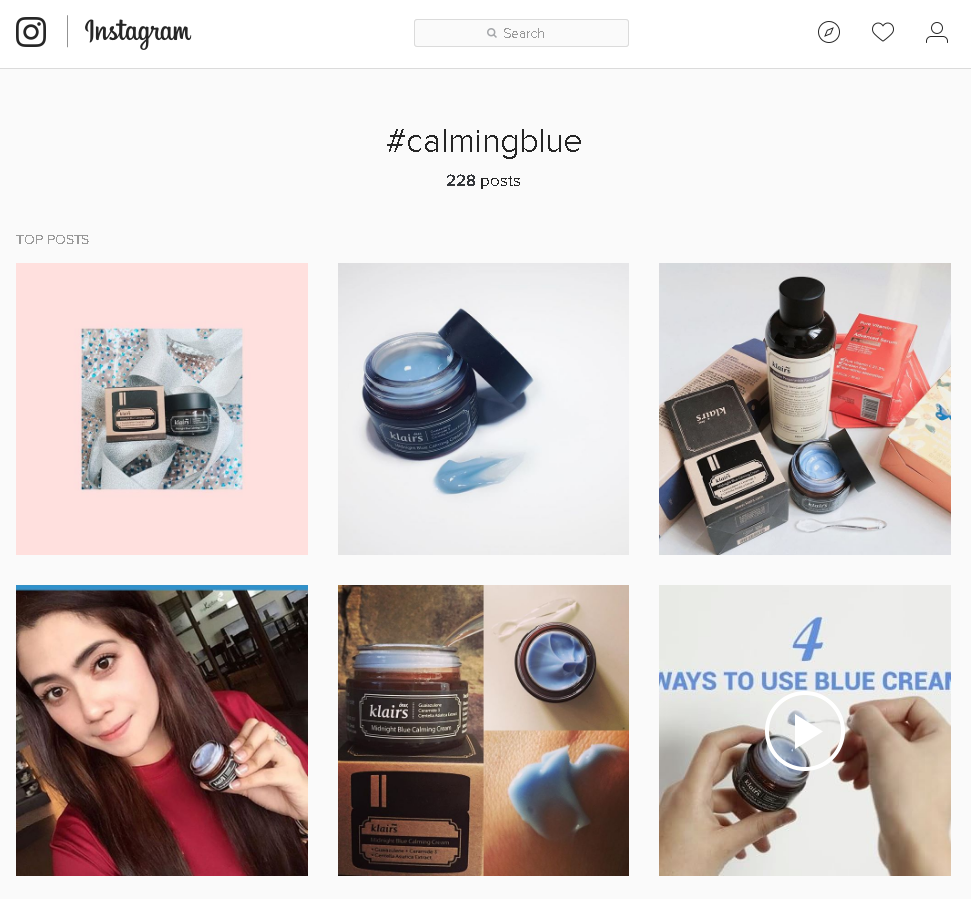 Although effective for spot treatment, the cream was one that did not provide further irritation to the skin, and instead brought a sense of soothing to the skin. Individuals also noted how hydrated their skin felt after using even just a small amount of the cream. 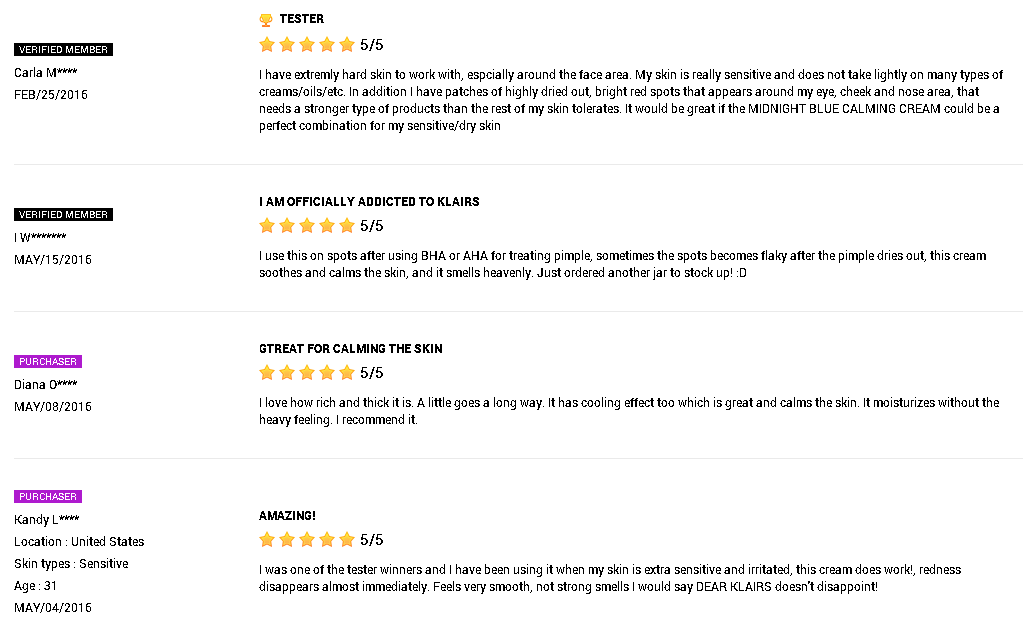 People were eager to learn why the cream was blue and what the hue’s significance was.

The unique properties behind the Midnight Blue Calming Cream’s formula

As positive reviews of the blue cream continued to appear, it became clear it was not because of blind following.

Appropriate for all skin types because of its gentle but effective properties, the Midnight Blue Calming Cream also boasted multi-functional qualities. Users could use the cream as a spot treatment, post-sun and shaving treatment, among many other uses.

As Klairs constantly grows, they are searching for ways to improve and grow from feedback in an effort to maintain the bridge between brand and customer.

In response to reviews on the Rich Moist Soothing Cream, Klairs wanted to create something powerfully calming but equally moisturizing, the Midnight Blue Calming Cream was born.

The blue cream is available through Klairs Korea or Wishtrend, the e-commerce site of Wishcompany, who produces Klairs.

How to use All-day Airy Sunscreen