‘Dear, Klairs’ the First Skincare Brand to Register Vegan Cosmetics from the Korea Agency of Vegan Certification and Services

-Dear, Klairs ‘Supple Toner’ and ‘Vitamin Drop’ Became the First and Second Registered Vegan Cosmetics from the Korea Agency of Vegan Certification and Services, which is the first vegan certification agency in Korea.
-Products Such as ‘Soft Airy UV Essence’ Registered Vegan by the Vegan Society from the United Kingdom 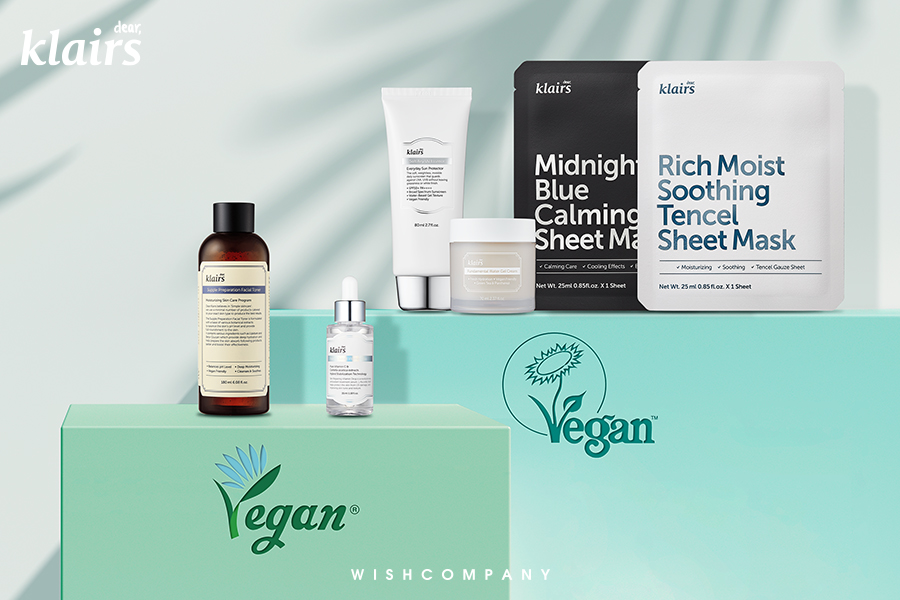 Skincare brand·content·commerce corporation Wishcompany (CEO Soungho Park) announced on the 26th that the products from its own sensitive skincare brand Klairs, ‘Supple Preparation Facial Toner’ and ‘Freshly Juiced Vitamin Drop,’ have been first and second to be registered as vegan cosmetics from the Korea Agency of Vegan Certification and Services, which is the first vegan certification agency in Korea.

Klairs is the first vegan cosmetics that has been approved by the Korea Agency of Vegan Certification and Services. It is not only the first among skincare brands but all cosmetics brand registered as vegan. Klairs is already well known to consumers worldwide who stand for ethical consumption and vegan skincare products. From the early stage, the brand sought ‘vegan-friendly’ and ‘cruelty-free’ as its philosophy for ten years.

The two certified vegan products are both global million-sellers. The ‘Supple Preparation Facial Toner’ hit its million sales last year, and the ‘Freshly Juiced Vitamin Drop’ hit the record this year, and both are showing a high repurchase rate from both domestic and global sales.

Klairs is also registered as a vegan brand from the ‘The Vegan Society’, a British vegan certification agency. Four products, including ‘Soft Airy UV Essence,’ ‘Fundamental Water Gel Cream,’ ‘Rich Moist Soothing Tencel Sheet Mask,’ and ‘Midnight Blue Calming Sheet Mask’ have been listed vegan from the agency. Other products from Klairs are currently under the certification process as well.